Walking tours have ended for the 2022 season. We look forward to seeing you to in the spring of 2023!
‍
Book A TourMake A DonationJoin Our Email List

The Calumet Air Force Station has sat abandoned for decades and the buildings are all in need of extensive repair work. Cleanup and restoration of the site are our first priorities!

As work continues on the property, we want to involve the community every step of the way. We also want to make the property accessible to any interested groups.

Our goal is to preserve and display the history of this legendary Cold War radar station and its place in the local history. There are incredible stories to be told! 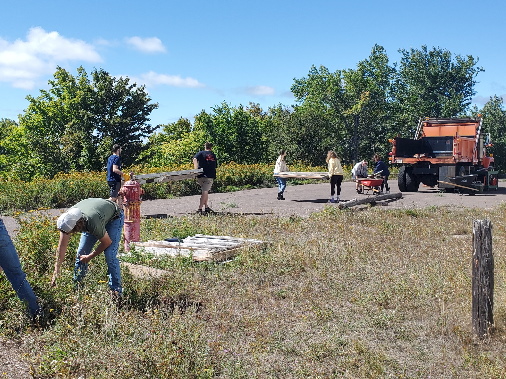 After many months of exploration, most (if not all) of the prominent graffiti at the radar station have been archived and uploaded here for all to view! Containing over 250 pictures of graffiti art created over the past 20 years, we'll let you decide what the best pieces are. 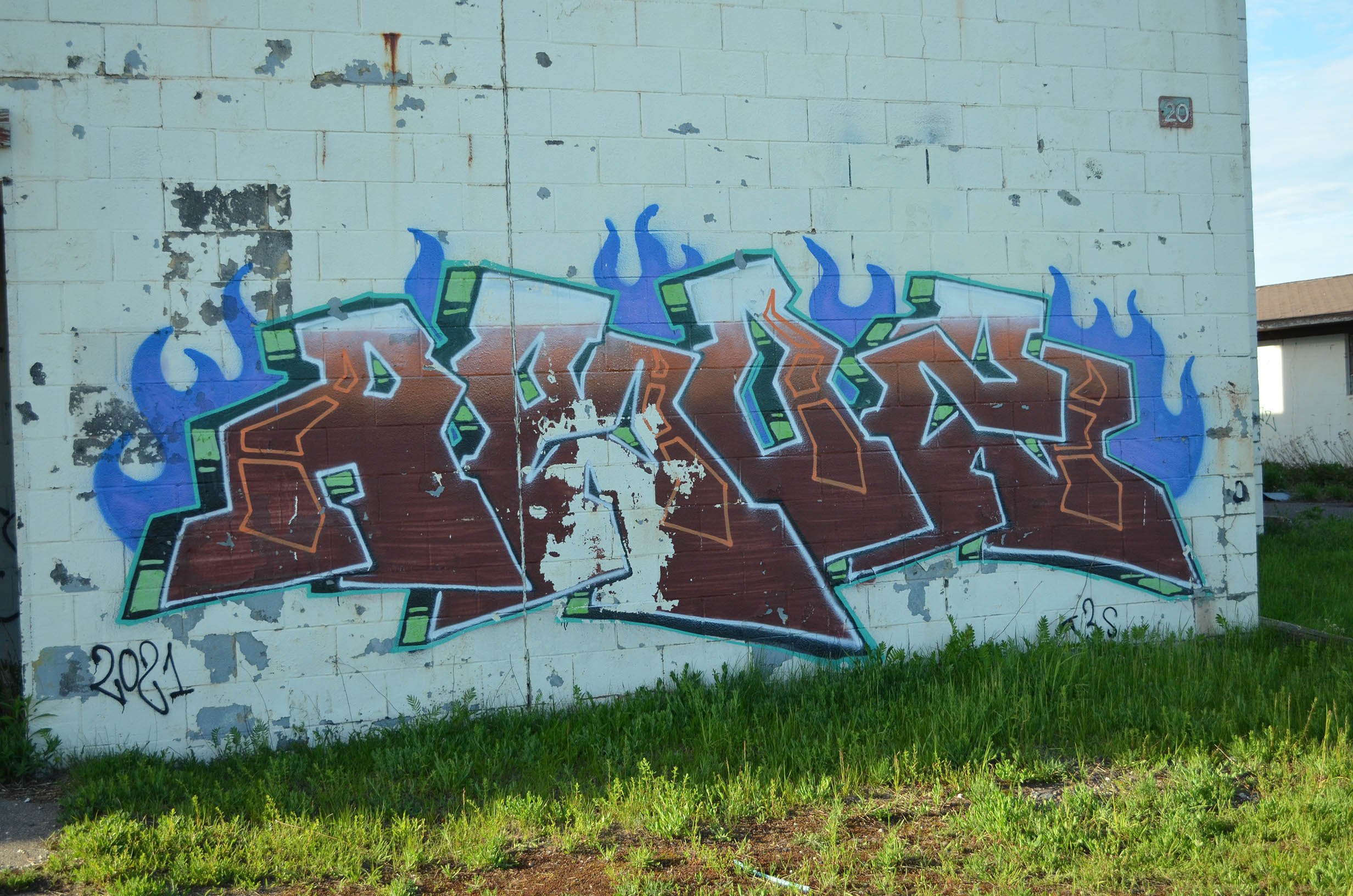 The radar station has sat abandoned and unused for too long. It's time to bring some life back to the property! 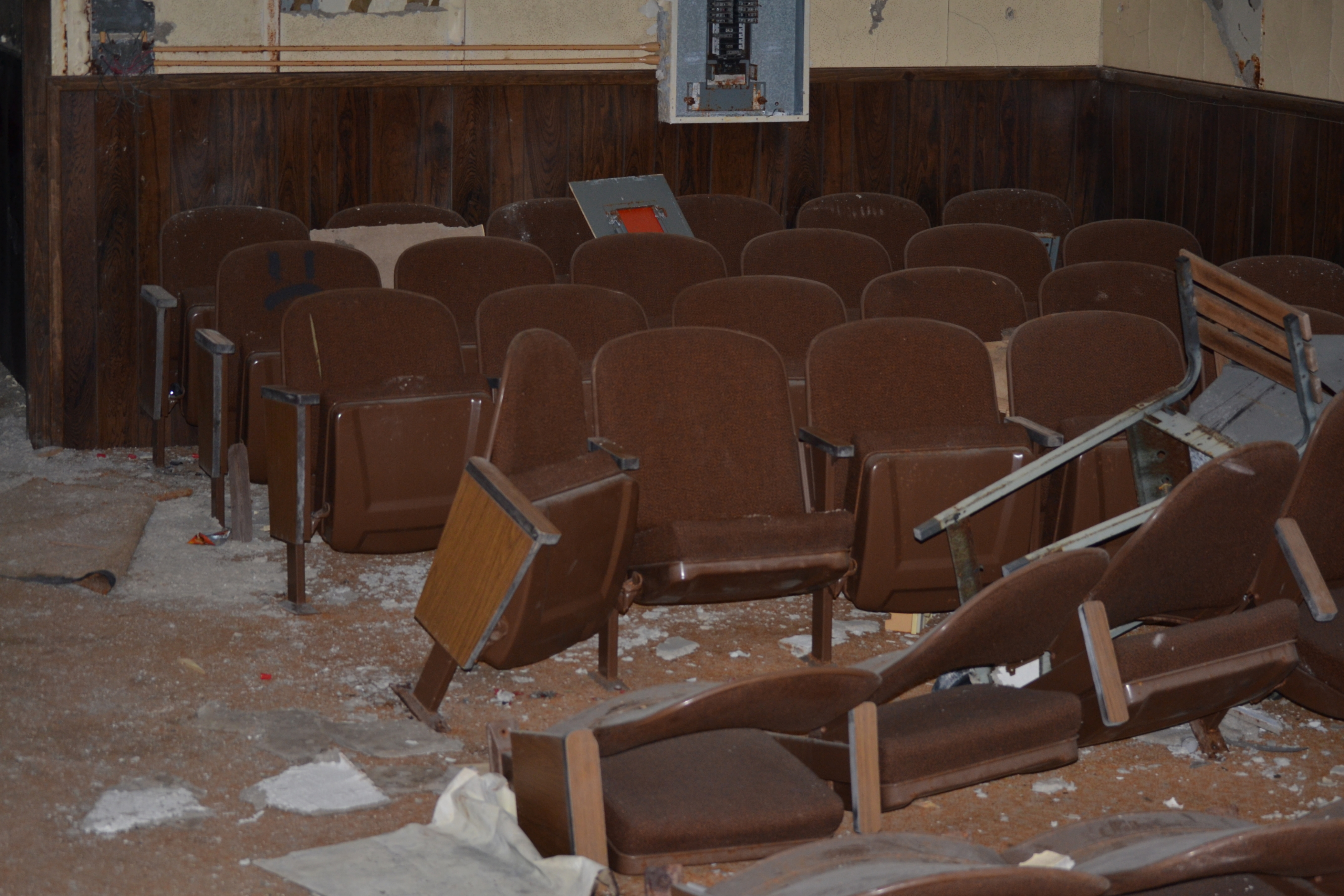 As work begins, we want to involve the local community as much as possible! We plan to have volunteer work days, fundraisers, and other events to get the public involved! 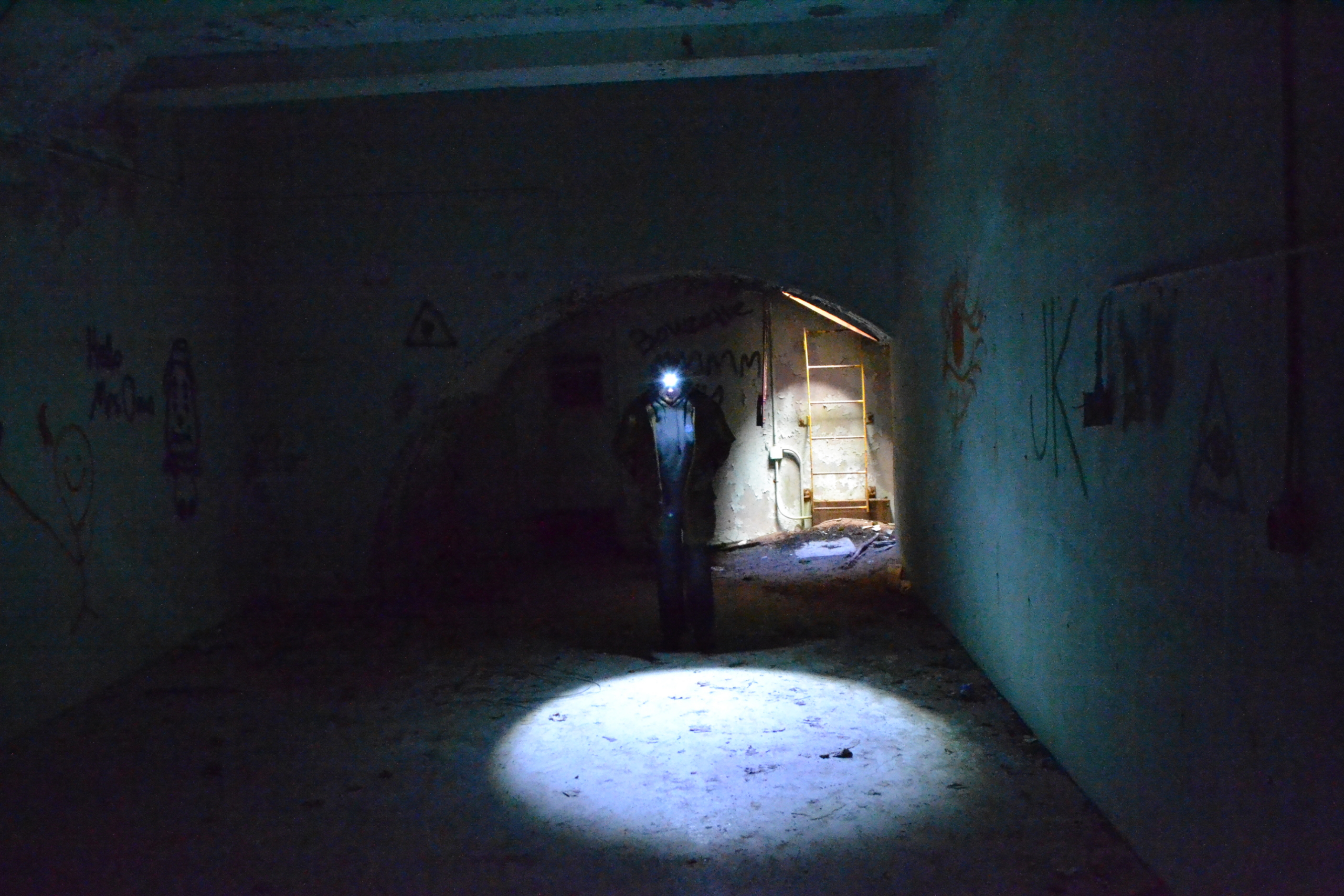 Do you have a group that would like to tour the property? Film a movie? Hunt for ghosts? Reach out to us and we might be able to make it happen! 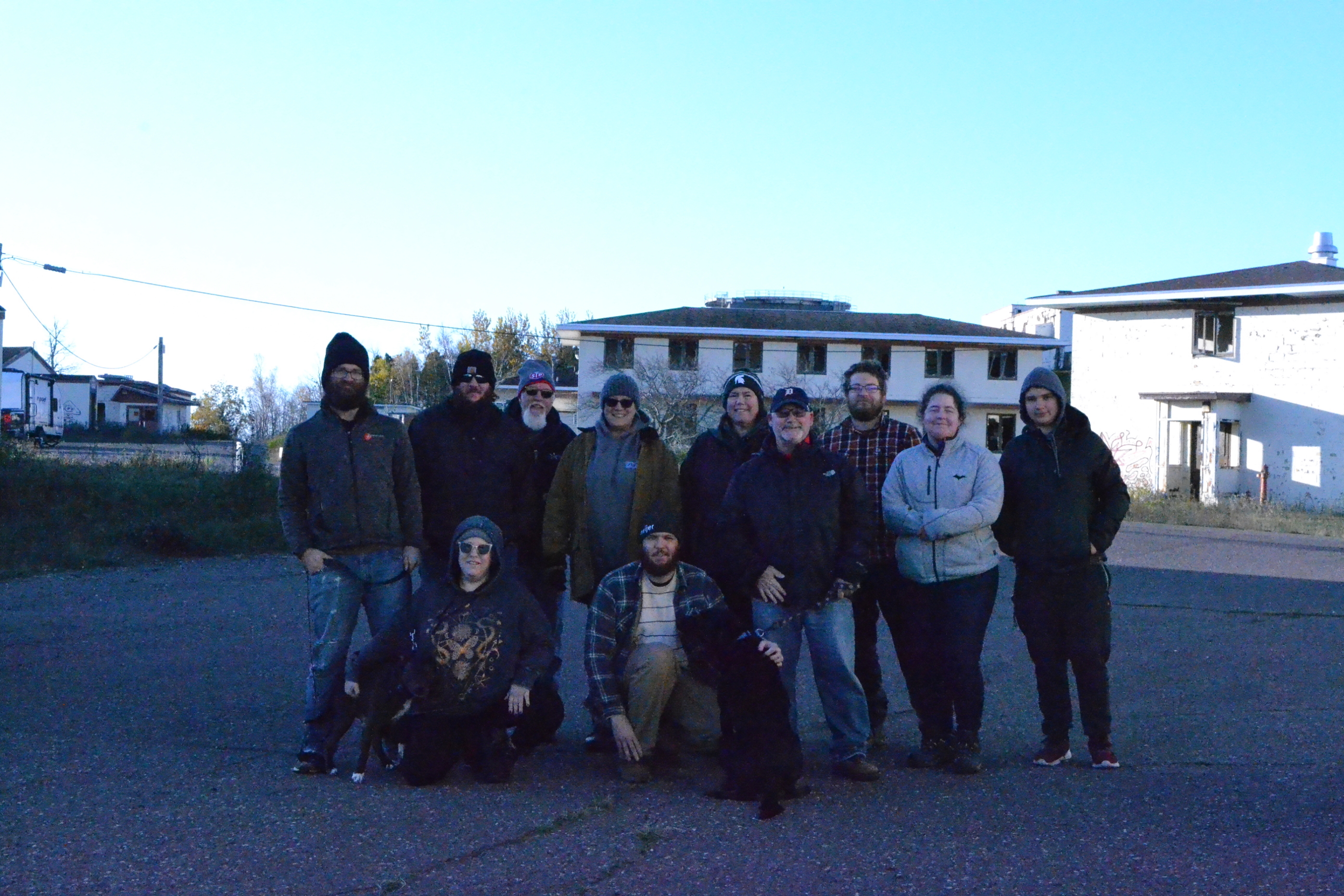 In August 2021, a group of friends and family composed of Michigan Tech alumni, Eagle Scouts, environmental engineers, outdoors enthusiasts, and history nerds purchased the former Calumet Air Force Station from Keweenaw County with the goal of saving the structures, restoring the property, and opening it up to the public. The group chose to name this endeavor the Open Skies Project in reference to the Treaty on Open Skies, an agreement between NATO and Warsaw Pact nations at the end of the Cold War that allowed for surveillance of each other's military bases. The name seemed very fitting, as the goal is to open this military station to public viewing once again! 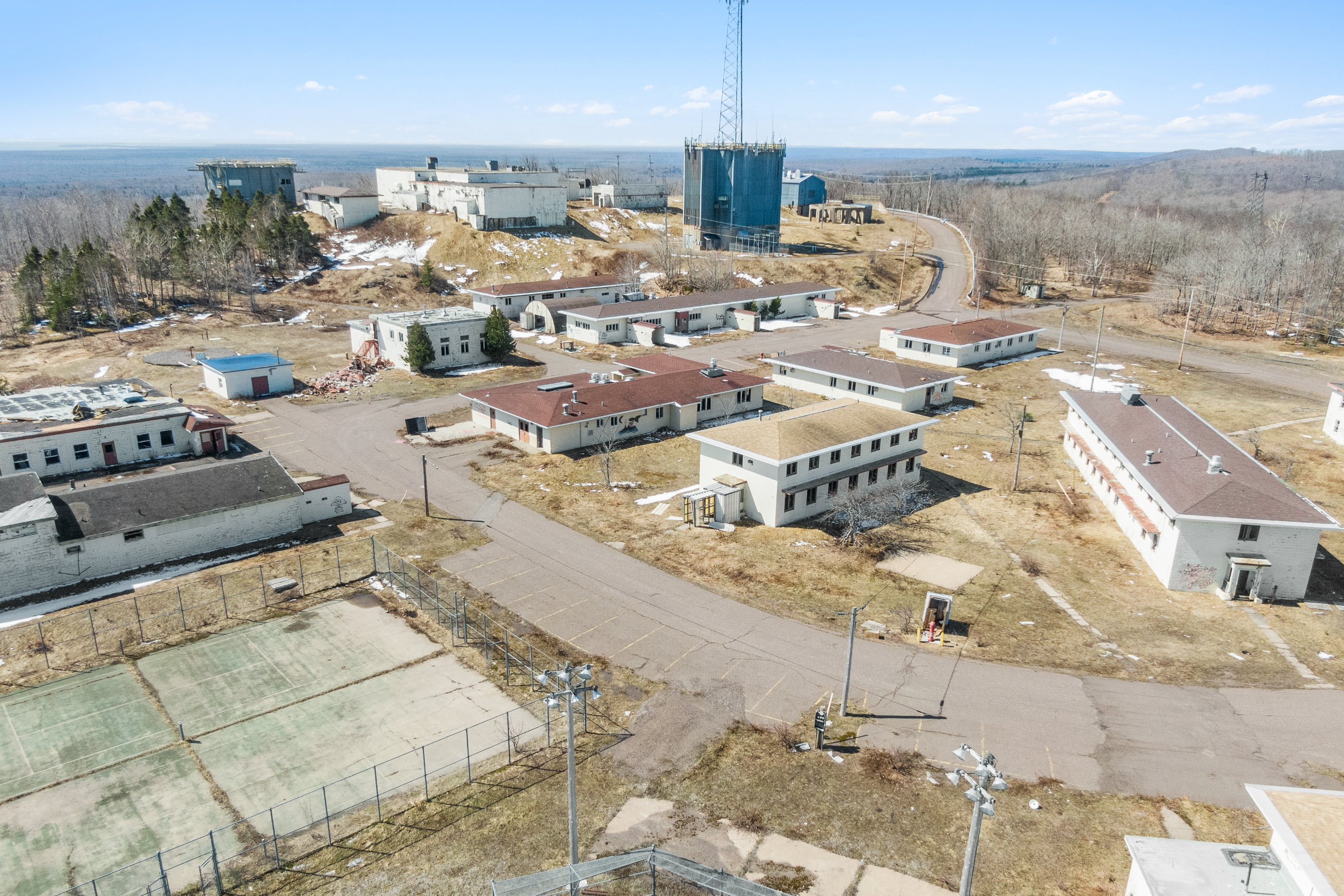 Built in 1951, Calumet Air Force Station was part of the Semi Automatic Ground Environment (SAGE) radar network designed to detect, track, and intercept unknown aircraft over America during the Cold War. The station was operated by the 665th Radar Squadron (later the 665th Air Defense Group) and was active until September 1988. During this time their primary role was to track unknown aircraft and provide the interception data to the SAGE Direction Centers at K.I. Sawyer AFB and Duluth which would then direct fighter aircraft towards the targets.

At its height, the station had three family housing areas, enlisted and officer barracks, a mess hall, commissary, rec center, bowling alley, movie theater, tennis courts, a baseball field, medical facility, motor pool, and it's own power, water, and sewer facilities. The primary functions of the station were contained in several structures at the top of the mountain and consisted of two radar towers, two additional radar platforms, a fortified operations center, several support buildings, and an underground bunker. 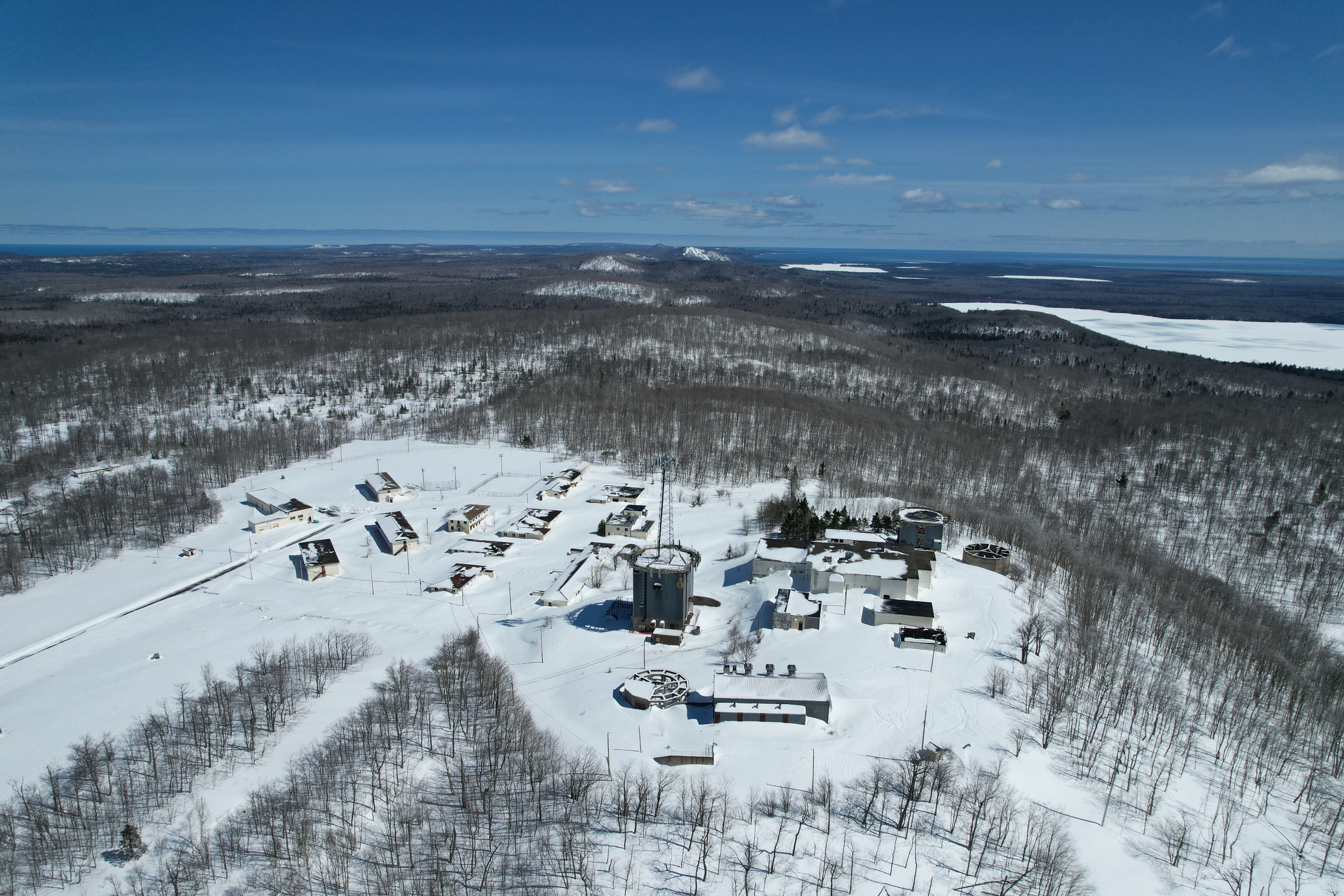 Mount Horace Greeley is located deep in the wilderness of Michigan's Keweenaw Peninsula near the former copper mining towns of Phoenix and Central. At 1540' above sea level, it is the highest point in Keweenaw County, the 9th highest in the Upper Peninsula, and the 14th highest in Michigan. It is also the snowiest place in Michigan (and possibly the whole Midwest) with over 302" of snowfall so far in the 2021-2022 season.

Aside from the former Calumet Air Force Station, Mount Horace Greeley is mostly uninhabited, with only a few old logging trails cutting through the forest. The incredible views from the summit look down on nearby Lake Gratiot to the south-east, Mount Bohemia and Lac la Belle to the east, and Lake Superior stretching all the way around the Keweenaw from the north-west to the south-east.