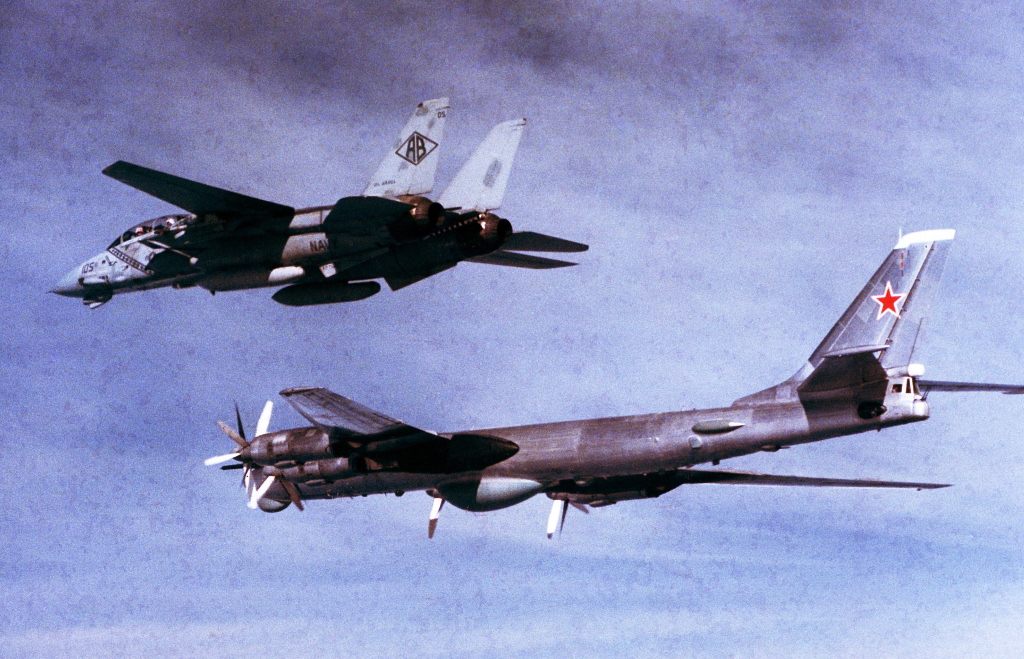 At the dawn of the Cold War and the nuclear arms race between the United States and the Soviet Union, the primary threat to America consisted of Soviet long range strategic bombers armed with atomic weapons. The shortest, most direct path for these bombers between the Soviet Union and America would be a line across the Arctic Circle near the North Pole. In the event of nuclear war, the Defense Department believed there would be very little warning by the time the bombers were in range of American radar stations This led to the construction of several early warning radar lines throughout the northern US, Canada, and the edges of the Arctic Circle. This network of radar stations could detect any Soviet bombers with enough time to scramble fighters to intercept them, and more importantly to launch our own bombers and missiles to retaliate against the Soviet Union.

As a part of the SAGE network and a Backup Intercept Control (BUIC) radar station, Calumet Air Force Station would have been responsible for monitoring a large portion of the Sault Sainte Marie Air Defense Sector over Lake Superior and northern Michigan. In the event Soviet bombers (or any other unidentified aircraft) entered their airspace, interceptor aircraft would be launched from one of the nearby air bases and would be guided by either the SAGE direction center or the BUIC system at the Calumet Air Force Station.

On July 29, 1944 an American B-29 Superfortress bomber nicknamed Ramp Tramp took damage during a bombing mission over Japanese-occupied Manchuria. The crew was forced to land the bomber at a Soviet Airfield near Vladivostok, Russia. Due to the Soviet Union's ongoing neutrality in the War in the Pacific, they returned the bomber crew to America but kept the bomber for themselves. In the following months, three additional B-29s were forced to land in the Soviet Union after taking damage, and a fifth crash landed. Joseph Stalin was so impressed with the American bomber that he ordered the Tupolev Design Bureau to immediately begin work creating their own copy of it. With the four intact bombers and the wreckage of the fifth, Soviet scientists set about reverse-engineering the B-29 into what would become the Tupolev Tu-4. This required massive overhauls of Soviet equipment and production lines to keep the design as close to the original as possible. The final product was ready by August 1947 and was a near exact copy of the B-29 with only a few small manufacturing differences. The Tu-4 had four piston engines which gave it a maximum speed of 347 mph. It had a range of 3400 miles and could carry one nuclear fission bomb, which meant it could easily strike American cities such as Los Angeles or Chicago (assuming it was launched on a one-way mission). This made it the first long-range Soviet bomber capable of threatening large portions of the continental United States, and was seen as a drastic escalation in the Cold War. A total of 847 Tu-4s were constructed from 1947 to 1952, and they continued to be used through the 1960s.

The Tu-4 officially kicked off the Soviet long-range strategic bomber development program, but they quickly realized a copy of a WWII-era piston engine bomber would not be enough to keep up with American weapons development. In 1950, design work began on a new jet powered strategic bomber that could take advantage of the latest advances in Soviet turbojet technology. In December 1952, the bomber was approved for production under the design name of Tu-88, and it entered service in 1954 with the official designation of Tu-16. The two turbojet engines provided the bomber with a maximum speed of 650 mph and it had a range of 4,500 miles. It could carry up to 20,000 lbs of ordinance, and could be armed with anything from enormous conventional bombs, anti-ship missiles, nuclear bombs, or short range cruise missiles. Numerous other variants of the Tu-16 were developed for reconnaissance, surveillance, electron warfare, airborne refueling, and naval warfare. Production lasted from 1954 to 1962, and a total of 1,507 Tu-16 bombers were produced. They remained in service with the Soviet Union (and later Russia) until 1993, and are still in use in several allied countries like China.

In 1949, the Soviet Union began work on what would become their first true intercontinental bomber. An upgraded version of the Tu-4 (designated the Tu-85) was designed with an effective range of 7,458 miles, enough to strike any major city in the United States. Only two prototypes of the Tu-85 were ever constructed though, and in 1950 design requirements were changed to include longer range, greater carrying capacity, and higher top speeds. A new design that utilized four advanced turboprop engines was developed and it entered production in January 1956 as the Tu-95. The turboprop engines provided the bomber with greater speed and power than the Tu-4's piston engines and greater range than the Tu-16's turbojet engines, making it an excellent all-around strategic bomber. The design was so successful in fact that the Tu-95 was used throughout the entire remainder of the Cold War and continues to be used by Russia's Aerospace Forces today. It is expected to remain in service until at least 2040. Despite this, the bomber never actually saw combat until November 17, 2015 during Russia's involvement in the Syrian Civil War.

Numerous variants and modernizations of the Tu-95 were built over the years, and it has filled numerous roles including as a reconnaissance aircraft, missile platform, and long range strategic bomber. Tu-95s were used in several of the Soviet Union's nuclear tests, including the only test of the Tsar Bomba hydrogen bomb, the most powerful nuclear weapon ever detonated. The aircraft has a top speed of 575 mph, a maximum range of 9,300 miles without mid-air refueling, and can carry up to 33,000 lbs of ordinance. Due to its lengthy lifespan, the possible weapon payloads saw numerous changes over the years, but it would typically be armed with several cruise missiles capable of carrying nuclear warheads. The Tu-95MS16 variant for example could carry sixteen Kh-55 nuclear-armed cruise missiles in wing mounts and a rotary launcher in the bomb bay.