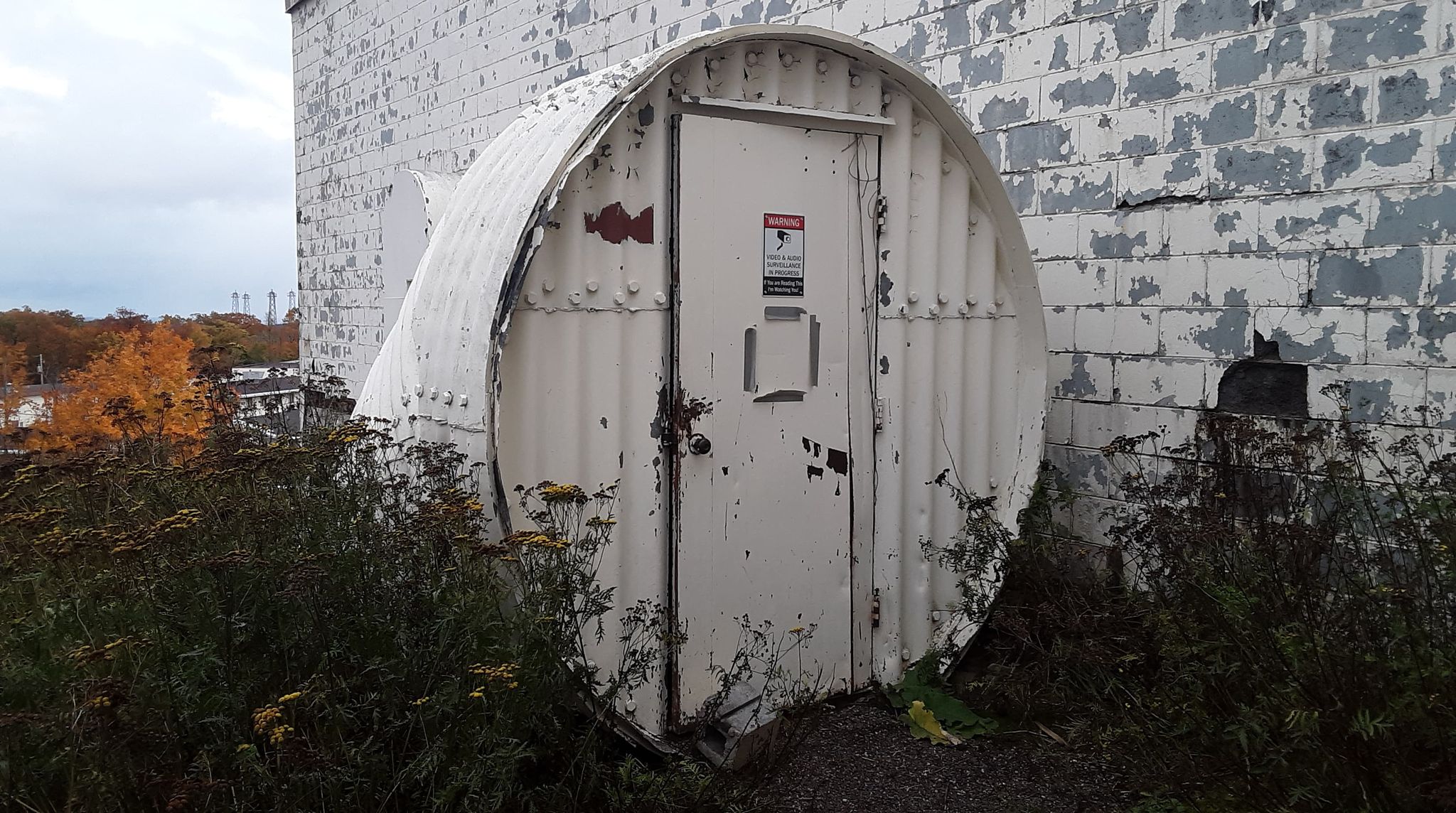 Ever since we first acquired this property, we've been hearing stories about a massive secret bunker hidden somewhere on the property. Some stories were very specific and mentioned that it was ten stories deep (apparently through the solid bedrock of the mountain) and that it was likely underneath the AN/FPS-27 radar tower. We were skeptical, but the sheer amount of unrelated people who had heard the story and all seemed to know someone who knew someone who had been in it made us wonder if there was actually some truth to it.

Unfortunately, we can pretty confidently say that the fabled bunker does not exist. We've scoured the entire property for any entrances or ventilation shafts. We've talked with veterans who were stationed here (including in the AN/FPS-27 tower). We've even found the original blueprints for most of the buildings on the property. And everything we can find confirms that no ten-story bunker was ever constructed on this property. However, there is something just as cool and much more practical - a legit fallout shelter!

If the Cold War ever turned hot, the early warning radar stations would have been the first line of defense against Soviet bombers coming across the Arctic Circle. This would have also made them important targets to disable in the event of a full scale nuclear war. This meant the site needed to be hardened against attacks and the personnel would need a place to shelter. Blueprints indicate the fallout shelter was constructed between 1961-1962, just prior to the Cuban Missile Crisis and during what many consider as the height of the Cold War when tensions were highest. The shelter was based on a standard design used on other Air Force Stations around the country. The initial design, labeled as "100 Man Fallout Shelter, Type A" consisted of a 16' diameter corrugated steel semi-circular roof encased in 3' of concrete. The structure was only partially buried in the hillside, with the top of the concrete roof exposed to the surface. The highest point of the ceiling was only 8' tall and the interior space was 74' long from end to end. The shelter was divided up into three sections: the control area, the sitting area, and the sleeping quarters. The control area, which was closest to the entrance, had two privies, a sink, a small kitchen, and a storage area. The sitting area was just beyond the control area and had nine tables with bench seating. The remainder of the space was behind a divider wall and was dedicated to the sleeping quarters, which contained 50 bunks in four rows. At the very far end of the shelter was an escape hatch with a ladder leading to the surface. As the name implies, the shelter was meant to house up to 100 people for an extended period of time, though it would have been incredibly crowded with that many people in such a small space.

In the early 1970s the station's main operations building received a major addition, adding a large data processing and a radar operations room on the north end of the building. The additions were directly over the existing fallout shelter, so it is believed that the shelter was also redesigned at approximately the same time. The new design converted the semi-circle steel roof into a square structure with a solid concrete roof and walls. The height of the ceiling was raised and the entire interior was offset to the north by about two feet, likely to make room for the operations building foundation. The original end sections of the room were left in place with the entrance and air intake on one end and the escape ladder and exhaust vent on the other. The blueprints for the upgraded fallout shelter are incomplete and we are missing several pages, so it's unclear exactly what the interior layout looked like. We do know that most of the equipment and and fixtures along the outer walls such as the sink, electrical panels, lights, etc were all preserved and moved to the new walls. The blueprints also state that there would be no interior dividing walls in the new shelter, but it's unclear if the bunks and seating area were kept or removed.

At some point after the new shelter was constructed, a small wooden room was built in the middle of it. We have no documents that reference this, but our theory is that it was meant as a space for officers and/or communications equipment. The only other thing remaining in the shelter is the original sink. There is no other furniture, or even signs of where it would have been, so we don't know what the actual layout in here would have been like.

At its peak, the Calumet Air Force Station housed over 200 people. The fallout shelter was only designed to ever house a maximum of 100, and even that would have been crowded. Furthermore, it's unclear who would have even been granted access to the shelter. The location of the entrance put it in the middle of the operations area at the top of Mount Horace Greeley, where all of the most important facilities were located. Would this have just been for the personnel working in the radar towers and operations building? We know that for most of the history of the radar station, the top of the hill was restricted access to only those who worked up there. We've talked to numerous veterans who served at the Calumet Air Force Station, and many of them told us they didn't even know the bunker existed until we showed it to them. The ones who did know about it all worked at the top of the hill, and a few confirmed that during alert drills they would be moved into the shelter. So it seems everyone else further down the hill would have been out of luck during an actual attack. There was no secondary shelter in the housing area, and none of the buildings even had basements, just crawlspaces.

This fallout shelter is just one of the numerous buildings you can visit when you sign up for a tour of the Calumet Air Force Station. Tours for 2022 have ended for the season, but we look forward to seeing you in 2023 after the snow has melted!